I’ve been living with my arm in an immobilizer sling (and thus one-armed because I’m not allowed to use it) for 4 months now, as a result of two rotator cuff surgeries in six weeks’ time. It’s a funny thing when you have to not do or use something; it quiets you, at least for a time. Instead of texting, I now prefer actual phone conversations. Rather than typing, I’ve taken to using my phone and iPad to dictate. I’m slow and deliberate with tasks, especially walking, for fear of falling. Seemingly simple tasks are incredibly challenging (or impossible) for me to do one-handed, such as tying a shoe, putting an earring in, putting my hair up, opening a bottle cap, etc. I find myself having to ask for help more than I ever have before, and it humbles me. But in that quiet, and in that humility, I’ve also begun to notice things I never have before. For example, I’ve noticed that in most conversations I’m a part of or witness to, people interrupt each other a lot and fail to miss important conversational cues that would allow the dialogue to go deeper if only they were really listening. In short, I find that a lot of people (myself included), are tone deaf. Not only does this impact relationships, but it has profound impacts on our leadership. Musically-speaking, tone deafness refers to being unable to perceive differences of musical pitch accurately. In leadership, tone deafness refers to leaders missing important cues in either the environment or in conversation. What’s at stake, especially in relationship to change leadership? In her article “The Anatomy of Tone Deaf Leadership,” Connie Wedel notes that “[w]hen a leader’s words are on point, we are open to the message or patient to hear more. On the flip side, we jump to the conclusion that the leader is disconnected and clueless.” 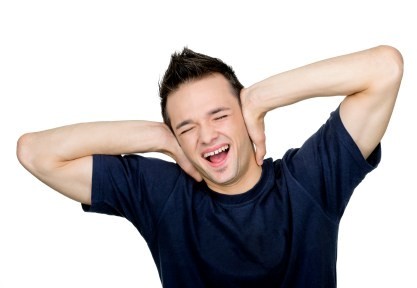 [w]hen a leader’s words are on point, we are open to the message or patient to hear more. On the flip side, we jump to the conclusion that the leader is disconnected and clueless.”

1.Recently, I learned of a CEO who was trying to give an overview of his vision for the company over the next fiscal year, and who tried to “rally the troops” so to speak with his message. He was met with blank stares from those in the audience and instant messaging was in overdrive as co-workers asked one another “is this guy for real?” You see, just 2 days before his town hall meeting, a large company downsizing event occurred. As he was trying to tell the employees how great everything was, employees reported listening to him on the one hand trying to spin a positive take on how good the future was going to be, while they were simultaneously watching their colleagues pack up their desks.
Tone deaf leadership at its finest.
What clues might be present when we’re practicing tone deaf leadership? You might notice that the other party with whom you’re speaking or the team you’re leading isn’t really responding. Perhaps you send out an email asking for input and get no responses. Maybe you ask for volunteers and don’t get any takers. Or when they are working on a project or brainstorming, the sound of crickets can be heard rather than the excited voices of charged energy and innovation. If you listen closely, you might find that the tonality of their voice changes – ever so slightly - when they speak to you. These are just some of the cues that we might miss when we’re too busy talking or driving our project or trying to bulldoze ahead.

2. What’s a Leader to Do? – What are some ways then, that we can avoid tone deaf leadership? To begin with, we can pay attention to others’ mannerisms and really listen to their words and the emotions behind them. Looking for subtle cues that might suggest someone is worried, concerned, sad or anxious can help us to avoid stumbling ahead with our own agenda while neglecting the needs of others. It is important also that we not presume to know why a person is reacting in a particular way. The best way to do that is to put ourselves in their shoes. And the best way to accomplish that lofty goal is to ask questions. Another idea is to actually practice silence. If, like me, you’re one who tends to always have something to add to the conversation, practice letting 3-5 others speak first before you speak. For a physical cue, place your thumbs on the edge of the table until it’s your turn to speak or sit on your hands to give yourself a reminder. As a leader, when you step back it allows others to step up.

3. Ask Questions – The art of facilitative inquiry comes from practice and from being purposefully quiet and reflective enough to know what question to ask next of someone. If for example, a colleague has just shared with you that their son is struggling in school and they’re quite worried, the natural temptation might be to share your own struggle with a child who similarly was challenged. Don’t. Instead, listen and ask thoughtful, facilitative questions that allow for the conversation to go deeper. When people feel heard and listened to, they naturally begin to trust. And trust as we know, is the cornerstone of good leadership. Being tuned in – rather than tone deaf – can elevate not only your leadership game, but also the way others see and respond to you.!